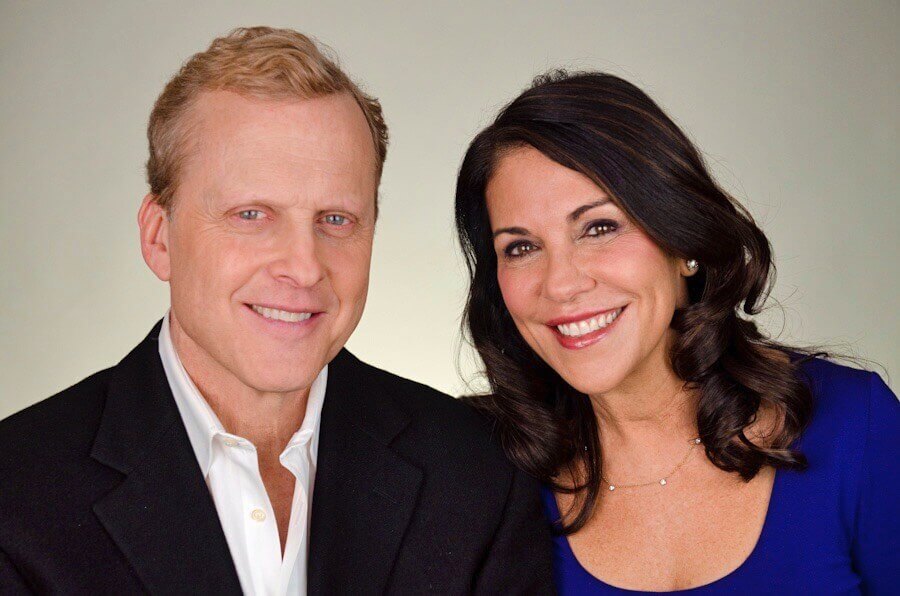 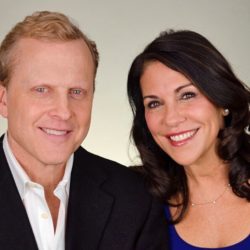 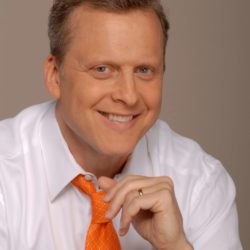 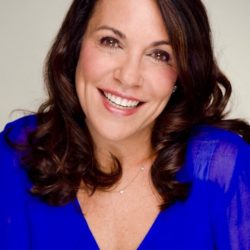 The husband and wife duo recently moved their popular Sirott and Murciano, program from WGN Radio to Chicago’s legendary WLS AM 890, where Bob began his radio career as a top DJ in the 70s.

Bob Sirott and Marianne Murciano are no strangers to working as partners.

The husband and wife duo recently moved their popular Sirott and Murciano, program from WGN Radio to Chicago’s legendary WLS AM 890, where Bob began his radio career as a top DJ in the 70s.

With a longtime fan-base on the air and now on social media, they are fixtures on the Chicago media landscape. They co-anchored Fox Thing in the Morning on WFLD-TV in Chicago from 1994 to 2000. They’re true veterans of TV and radio with successful careers in broadcasting and communications. Their new web site, SusosFork.com, combines their personalities and passion for food and travel. Their fans follow their adventures on YouTube.

Bob & Marianne were a delight to work with recently for an internal employee event at a large corporate client based outside of Chicago.  They were highly responsive to all communications, prompt and very easygoing. Both were able to develop a command for the material quickly, facilitate the program with ease and supplement with ab-lib commentary to engage employees in the subject matter while having fun.  We look forward to having the opportunity to work with Bob & Marianne again.  They are the ultimate professionals.

Sirott has earned 14 local Emmys as well as a national Emmy. He began his broadcasting career as an NBC page in 1966, moving up to become public affairs and production director for WMAQ Radio in Chicago (then NBC) at the age of 19. After receiving his Bachelor of Arts degree from Columbia College, he began his on-air work at WBBM-FM in 1971, where Sirott became morning personality for the CBS station's new contemporary music format. In 1980, he left Chicago's iconic rock radio station WLS, where he was the number one afternoon drive personality for seven years, to become the first Lifestyle and Entertainment Editor at WBBM-TV (CBS). In 1985, Sirott was named anchor/correspondent for the CBS-TV network newsmagazine series West 57th, winning a national Emmy for feature reporting. Sirott then joined NBC5 in Chicago as the noon anchor and 10:00 p.m. feature reporter before launching and anchoring First Thing in the Morning. From there, he developed and hosted the Emmy Award-winning Fox Thing in the Morning on WFLD. In 2002 Sirott became the anchor and managing editor of Chicago Tonight, the nightly live one-hour newsmagazine of Chicago’s PBS station, WTTW/11. Bob has also been a contributor to CBS News Sunday Morning appearing on feature stories and essays. For the better part of the last decade he has anchored prime time newscasts and election night roundtable panels for Fox Chicago News and NBC 5. Sirott hosts Legends, an ongoing series of 90-minute video interviews with baseball greats for the Chicago Cubs. Sun-Times columnist Richard Roeper wrote, “As someone who has been interviewed by everyone, I can tell you that Bob Sirott is one of the best interviewers on TV locally or nationally.”

Marianne Murciano is an Emmy award winning writer, journalist and TV personality. She has trained corporate executives as senior consultant for the global media relations company Hill & Knowlton. Born in Havana, Cuba, she is fluent in Spanish. She’s a graduate of Florida International University with a degree in communications/broadcast journalism and earned a Master’s degree in fiction writing at Columbia College Chicago. Murciano got her start in broadcasting in 1979 in Miami as a reporter for WNWS all-news radio and began working as a reporter for WCIX TV in 1980. She created, wrote and produced educational programming at WLRN TV. From there she moved to Fox’s WSVN-TV as a reporter and was soon named anchor of the 2-hour morning newscast, Today in Florida. In 1990 she moved to NBC anchoring the number one rated morning show for WTVJ-TV, Today in South Florida. Three years later WFLD, Fox-TV in Chicago, hired her to co-anchor the morning newscast. Marianne was a contributor to WTTW/PBS Chicago Tonight on the series “At Home With…” featuring interviews from the homes of well-known personalities. She’s currently working on her first major nonfiction book examining the life of her grandfather, Cuba’s national sports director, who was murdered in Havana in 1948.

Here's a great interview with Bob in the Illinois Entertainer

Reinventing yourself. After decades of working at “traditional” TV and Radio stations, Marianne and I are entering the new world of social media. We’ve started a latin food web site—susosfork.com, as well as a popular fan page—Facebook.com/sirottandmurciano, and our Sirott and Murciano You Tube channel. All these platforms are start-up businesses.

Working with your spouse. There are pros and cons! Marianne and I met when we worked together on “Fox Thing in The Morning” in the 90’s on Fox32. Since then we have co-hosted many radio programs together.

Behind the scenes. We have years of stories about celebrities we’ve interviewed—some were good people some bad, and insights into how TV newsrooms operate-how they decide which stories to cover, and how radio stations decide their formats.

Cuba Today. Marianne was born in Cuba and is an outspoken critic of the way the government there has treated citizens then and now.

Food and Travel. We’ve both traveled extensively tasting dishes for our susosfork.com web site. We also feature many Chicago restaurants on our radio shows and love to talk about our favorite places.

How to be a Golden Oldie! We’re both passionate about exercise and healthy eating habits. Marianne is into holistic medicine and natural foods. As we age it’s more important than ever to keep moving, and it’s never too late to improve your diet, especially when it comes to gluten and the sugar hidden in foods we think are good for us.

Speaking of “golden oldies”…..In addition to talking about the Chicago TV news business and Bob’s experiences working for the CBS network newsmagazine “West 57th,” many folks remember his stint as a popular rock DJ on WLS in the 70’s. He has great stories about those days—the fans, the musicians, and the fun.

Peace Out-The Art of Leaving Anything on Good Terms. We've been fired almost as many times as we've been hired but nobody has been rehired by the same stations as many times!  We'll tell you why--letting you in our secret.

Also Celeb stories in our talks include:

The Worst celeb interviews of all time. Hint--one was a million selling recording star, the other a TV and movie star.

The day Bob Sirott and Harry Caray traded jobs. Did Harry really give away Rolling Stones tickets in a contest?

What romance advice Larry King and Shirley McClain talked about in Larrys car?

The visit a Wrigleyville resident got from Ernie Banks. To this day nobody believes it.

I just wanted to let you know that on May 15th, we had Bob Sirott and Marianne Murciano present to the PA customers and they loved them! They were so personable and answered questions, told funny stories, and really got everyone engaged. They were even kind enough to stay and take photos with everyone.  Wintrust Bank

Bob and Marianne's Manager of Chicago media celebrities BOB SIROTT AND MARIANNE MURCIANO are for hire! will be happy to help. Please fill out the form below: